The past two weeks have been a whirlwind of heart ache and heart full and heart healing and heart dancing and heart thankful… but a new one has entered the lineup:  heart betrayed.

I wrote deep into the night on a Monday almost two weeks ago, and released my throbbing heart to a sleeping world, unable to anticipate the healing that would come in the morning. Stories and prayers and gifts flooded my phone and my home and my family and my soul, repairing and identifying, giving empathy and hope and purpose to what seemed such an abrupt loss.

For days, I was surrounded, I was quiet, I was teary, I was processing. I laughed and danced at weddings, and celebrated at baby showers, and prayed and wept and hugged and RECEIVED. {And I have so much more to say about grief that will come soon, but for now I must confess that there is something to letting people into the dark places even though it seems easier, less messy, to just do it on your own. There is something to inviting people in.}

So while my heart went on healing, and my spirit went on trusting… my body went on bleeding. Ten days. And then it stopped. And I thought, that wasn’t so bad.

But then I went in for an ultrasound and found that everything still remained in me. My doctor, with a sweet sense of humor told me my body was evidently really good at being pregnant as it was holding on to what should have been despite that “should have been” departing weeks ago. Six weeks to be exact.

Holding on to what should have been. Isn’t that interesting? Don’t we know sometimes in our head that we have to let go… let go of hopes, expectations, bitterness, relationships… but something in our fleshy, visceral self refuses to let go. It is frightening to let go. It is so final. It is easier to think that we might resurrect that thing if we just held tightly enough, long enough. To let go means the death is real. That thing is gone. And death of any kind is just plain scary.

And so now I am waiting. Waiting for my body to finish what it started. People don’t talk about this part. I know miscarriages are so very common. The statistics are staggering. But that word, “miscarriage” is so very loaded. Loaded with meaning and realities I never knew it held. Not just the loss of hope and expectation and a person…that is the emotional part of the story; but then there is this fleshy, blood filled, painful, laboring for no life part of the story. This part is not dinner conversation. Waiting for contractions to begin, needing narcotics for the pain or choosing to have your uterus scraped out. No, this is not “playdate” conversation, or dinner conversation with that couple you are hoping to be friends with for a long time coming, or chit chat over a glass of wine conversation: “Oh my gosh and this one time, I took Vicodin and bled for 6 weeks?! I just have to share the details!”

I imagine that is why I have never heard about it before, why when I was faced with three options, to wait it out and let my body naturally “pass”, medically induce the process which came with narcotics, or be sedated for a D&C, I felt like I had been betrayed. Betrayed by my body, betrayed by the lie that this is not appropriate conversation, and on behalf of all the families, {yes I say families, because the husbands and partners and families are deeply affected as well} I felt betrayed with the lie that we are supposed to go it alone.

This is about so much more than miscarriage. Do you see it now? This is about the hard stuff of life. The banding together in the midst of the darkness and letting light peek in. The releasing of dreams and hopes and expectations and the death of things that we feel in our very gut.  I thought I had done the hard work of grieving and sharing and inviting and trusting. But this seems harder. The waiting part. The not sure what is coming part. The letting go part. The finality part.

But I am starting to see that it is the part that is the most beautiful. The release. The knowledge that my body will soon be empty, my heart will be open and my hands will be free to take hold of something, someone, some story that bodes newness.

Death brings life. It is the story of the One we are all frantically forgetting to celebrate this December.

He slipped out of heaven, and into the world, into a teenage girl’s womb, in one of the darkest times of history. A baby who even in his arrival stirred such fear that a decree was sent out to kill every boy under two in hopes to wipe out this prophesied threat to the Roman Empire. He would escape death numerous times, grow to be subversive and revolutionary, and overturn authority that ruled with fear by setting up a kingdom rooted in hearts of men, women and children. A marginalized people would change the world with love, and death would be the conquering force. Death would make things new. Death not of others but of ourselves. The death of our King ushers in the death of us, if we are truly to follow Him. Death that pales in comparison to the new life coming.

And I trust Him with my life that the new is coming. 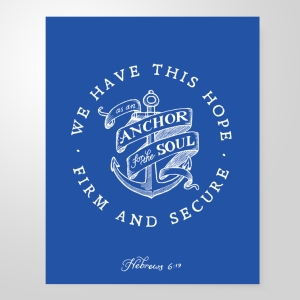