Thank you for your outpouring of support and encouragement as we venture forth! I told you I would share a bit more of the story behind my hiatus from writing… here goes.

It was a few months ago now. The weight of expectation was crushing me. Each week, I have a handful of morning hours away from my precious little people. They are blank slate hours – to connect with God and others, to write or paint or do something that feeds my soul and protects my sanity, and yet for a couple of weeks, random errands and scattered thoughts were keeping me from the thing I most wanted to do – write. Rather than feel the pull toward a blank screen as a sweet invitation, it felt like a burden. I had several half-written posts, but none seemed worthy of an edit. I would return to them and feel uninspired, frustrated. In contrast to knocking out an 8 week bible study over the summer with the same allotment of time a project that felt fulfilling and exciting and where the words flowed  this dry season was sucking the life out of me. It had been weeks since producing anything and I felt frustrated and burdened.

How is it that I had nothing to show for this time I had been gifted? I felt I wasn’t using it wisely or encouraging anyone “out there” and was getting trounced by the thoughts of self-deprecation dancing through my head. The weight of demand from the god of efficiency pressed down on my shoulders.

Enter Jesus. It was a Thursday night. I received a sweet text from a dear friend living hours away, encouraging me that the Bible 101 series I wrote over the summer had been such a gift to the young women in her small group. She thanked me that through the busyness of life, I said yes to using my gifts.

And it hit me. I had received an invitation from God to write that summer study. He had made those hours savory and long and productive as I had said yes to Him. And what came about months ago, He was using TODAY. But today, there is no such invitation. There is no project to say yes to.  There is just my expectation that because I DID produce something, that I SHOULD keep producing.

But the gas had run out. The ink had run dry. That assignment had been turned in and the deadline passed.

What is that thing that God asked you to do last year or last month or last week that you said yes to, but that you need to re-evaluate as to whether the invitation is still pending, or if the project is complete? Perhaps that commitment has been fulfilled and yet you are continuing to bear the weight of it? Writing over the summer felt light and easy and invigorating. But come September it felt dead and heavy.

And as I began to lean into the Lord’s voice, I heard Him whispering… put your computer away. Bury your “shoulds” and your “have to’s” and return to me. I am doing a new thing. But I need you to draw away with me to be refreshed and renewed so that I can give you the next thing I have for you that will bring you joy and life.

And so the last several months, I have been quiet in this space. Listening. I have tucked away my computer and I have said yes to Jesus. I have been doing more internal work than I have done in a long time. I have said yes to random coffee dates that I would have turned down in order to “be efficient and productive.”  One such coffee date, in fact the one I turned up for the day after God got my attention, has turned into the sweetest redemption story.

I sat across from a beautiful woman with a searching heart over coffee. I had met her at school drop off, had been exchanging hellos for over a year, but a quick exchange that past week led us to acknowledge that we should hang out, so a date for coffee was made, and I might have canceled it had the Lord not caught my ear and confirmed that I was meant to keep that appointment.

Five minutes into my chai, and sentences into her story, she told me she knew she needed to speak with me. Mind you, I had only mentioned in passing that I was headed to a bible study one morning weeks before. That was the extent of any conversation about faith. But yet she asked me the most profound question one could ever ask; she looked at me with pleading eyes and said, “I need to know if Jesus is the son of God.”

My heart exploded simultaneous to the smile that spread across my face. Yes. YES. yes.

For the next hour, we combed through scripture and talked about Jesus and His great love and His desire for relationship with us. Her questions came fast and the Holy Spirit gave me words I didn’t know I had. Suffice it to say, a friendship has blossomed – her excitement for Jesus reignited my own amazement of God’s goodness and intimate desire to know me and meet me right where I find myself in the chaos of life.

And so today, months later, the Lord has released me to write… it feels alive again, to write. It feels like a fresh invitation on the heels of a lot of soul work. Some of which is largely just beginning.

With that, I share this story in hopes that you would perhaps evaluate today what you are saying yes to.

Is it an invitation that has passed its expiration date and spoiled into expectation?

Is it a “should” or a “have to” given to you by some invisible board member in your head that does not have your heart or health in mind?

Is it a demand from someone out there whose opinion or insight does not align with what or who you know to be most important right now.

Come to me, all who labor and are heavy laden, and I will give you rest.  Take my yoke upon you, and learn from me, for I am gentle and lowly in heart, and you will find rest for your souls.  For my yoke is easy, and my burden is light.  ~Matthew 11:28-30

One thought on “Heavy” 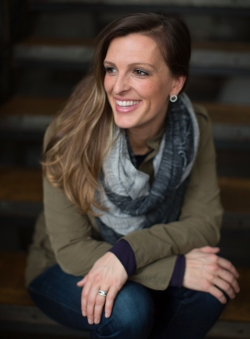