A lot of my young adult life, I found myself seized with indecision, so desirous of God’s will, of what people described as His best., and yet so uncertain of where He was directing me, how to hear from Him, whether or not I was hearing from Him, that I just spun myself in circles as I surveyed all the options. I was dizzy, felt fickle, wanted my yes to be yes and my no to be no but more often came up with an “I don’t know!” Can I be perfectly honest? This still happens. I come to the Lord with this plea that screams to the heavens, “if you would just tell me which way to go, I would do it!” 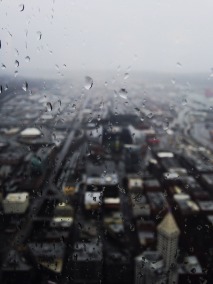 But if I could give a little insight to my younger self, it would go a little something like this…

First of all, relax.

Second,  Emily, if God told you what to do, would you really do it?

I mean, there are plenty of things He has told you to do pretty clearly… be quick to listen, draw away with him, rest, don’t boast, don’t be anxious, put your trust in Him… How is all that goin’ for ya?

And third, and maybe most importantly, has it occurred to you that God gave you the gift of choice.

Set before you may be the decision of which sport to play, which college to choose, which job to take, which friend to pursue, which man to marry … the sort of decision that doesn’t have a biblical principal at stake that would clearly direct you {As in, “Should I … drink a whole bottle of wine?…flirt with that woman’s boyfriend? … cheat on my tax return? ,,, wear no pants?  ,,, to which all answers would clearly be NO, if you were curious.}

In all practicality, God does not reside at some colleges and not at others. Given that a particular job is not in conflict with scripture {i.e. involving exploitation or slander} he will not bless only some jobs and not others. And contrary to popular fairy tales, there is not “just one” soul-mate for everyone.

I believe there comes a point when all the options are presented and prayed over and sifted with wise counsel {people who pray, who know you, love you and love Jesus and His word}, that sometimes, more than one option remains; the answer does not seem to be “wait,” and God says, “I love you, now choose.”

Is it not how we grow our own kids?  Training them up with a moral compass,with hopes for wisdom and courage and at some point say, we love you no matter what, now choose!?

So, ask for peace, ask for doors to be shut or paths to veer;  trust that the Lord can pluck you out of any situation or change your direction at any moment.  Just trust him and MOVE. If you are standing still and looking at all your options, you will be spinning in circles. At least move in a direction with hands open so that when you turn to see another option, you have a new vantage point and better perspective, all the while trusting that God is good and will not withhold good from you.

Ultimately. God’s will for you is not that you are at the perfect college or have the best job or the “right” spouse. He cares deeply about those things, yes, in as much they draw you nearer to Him. But they are not THE thing. And even if you have his BEST, that may not be the easiest. It will be hard, just like everything in this broken place is hard. But you will have HIM

Did you get that, Em? His will is that you would have HIM. HE is the prize. HE is the joy. HE is the satisfaction.

So choose, my young friend. Choose. and like a trust fall, let Him catch you, redirect you, embrace you, bless you, correct you. For as much as you know of Him and of your situation. Choose.

His face {and not His hands} is where the real treasure is… so take a good long look at Him and jump.