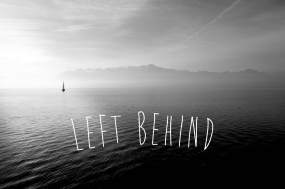 You know what is so crazy? God sees us. He really sees us right down to the depths of our souls. He sees the gloriousness of us and the beautiful, gifted parts of us. And he also sees the really dark parts of us. The embarrassingly insecure parts and the fearful attention mongering parts.

Nothing escapes his eye – his eye that is fixed on his children who he adores.

The other day I sat down to read my dear friend’s blog. She is a young woman who I began to mentor years ago and in my eyes has become a treasured friend. I think she still looks at me like a mentor, but in truth we are peers, sisters in the Lord, both chasing after His glorious self and pulling each other along the way. That said, as I read her beautiful new blog and noticed the number of likes on her Instagram, a flash of insecurity coursed through me.

I felt as if I was being passed by.

My dream of impacting people for the kingdom of God – shifting people’s focus from the things of the world to the things of God – was being made to feel on hold.  My little bitty blog, oft neglected due to the demands of life and lack of resources and time, felt insignificant and passed over.

It felt that this beautiful young woman full of wisdom and strength and seemingly rich in resources and time would get “there”before me.

Do not misunderstand. This is a woman I adore. It wasn’t so much feelings of competition as I would never want to hold her back; I want to root and cheer and thrust her into those places where she might grow and thrive and make great impact! It was just that the perceived success of her endeavors magnified for me this feeling of being held back by my current station in life: four little boys, ministry, running a business, smidgens of time in the middle of the night to write… while it seemed she had all the time in the world.

It’s funny how we can romanticize lives that are not our own.

Truly, I want nothing more than for my friends to succeed, to flourish, to mark others for eternity. But I just don’t want to be left behind. I don’t want to miss out.

I couldn’t even tell you when that flash of insecurity came; yes, all those words I just unpacked really came in just a flash, in a moment. I gave that little flash of insecurity and feeling of “stuck”ness to the lord and admittedly forgot about it.

But you know what? God saw.

Days later, I received a little gift via text.

It was a message from said dear friend who told me she had spoken of me on her blog that day and wanted to link to The Tethering Place because she wanted women to see it and felt it important that others read my words…she was deflecting her readers to me.

Tears. A little bit of embarrassment. A whole lot of gratitude.

I was touched, yes,  but more so, I was immediately aware and overcome that the Lord saw.

He saw me those days before, alone in my hotel room, wrestling with the dreams he had given me and the life stage I am in.

And he gave me this gift. It was as if he knew that I needed the voices of the enemy to be extinguished, and I needed to be reminded to stay in my lane to run the pace at which I am able for this time and season of life. I never started this whole blog thing for an audience anyway, but out of obedience because my heart’s desire is to live for an audience of One.

So here I am, remembering to stay in my lane… it is a packed one for sure as a wife and mother of four, with business and ministry and dreams marinating… and this leg of the race often seems like running through sludge.

But the one thing I know is that no matter how fast or slow I run, I will never leave the eyes of my adoring savior.

9 thoughts on “Left Behind”